Fascinating and sometimes unexpected, the things you learn at lectures.

I once learned how to make poteen using boot polish and a gas meter at a Sociology lecture (just so you know I never turned theory into practice, and I have long ago forgotten what I learned).

At a lecture entitled ‘From Roman Nails to Cleveland’s Victorian Ironmasters’ I learned quite a few fascinating and unexpected things.

The lecture was delivered by Don Spenceley and Roy Widdowson. One talked about the 3,000 year history of iron and steel making, with particular reference to Cleveland. The other gave us glimpses into the archives of the Cleveland Institution of Engineers, whose inaugural meeting was held on 15 September 1864, just twelve years after Bolckow and Vaughan had opened their blast furnaces on Vulcan Street and thirteen years before steel-making commenced in Cleveland. 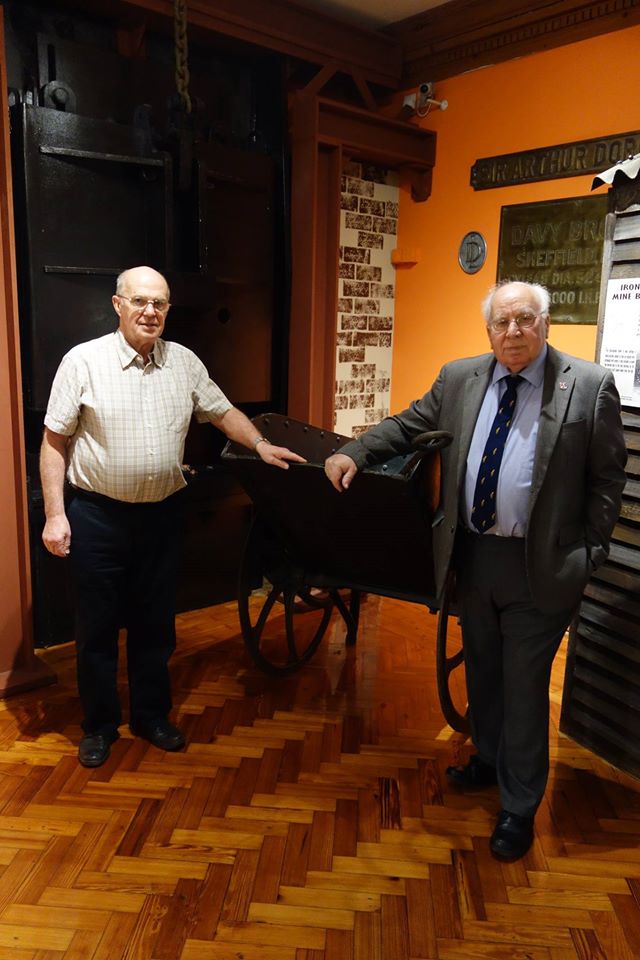 So what did I learn?

Well I learned about difference between iron-making and steel-making: so often the terms ‘iron’ and ‘steel’ have been used together that I had not really appreciated how important the differences between the two, especially for the development of the Industrial Revolution.

I gained an insight into the various processes involved in iron and steel making, and how they developed: the Bloomery Process used between 1200 BC and 1900 AD, the Finery Process from 1491 to 1900, and the various Puddling Processes from 1784 onwards, as well as the steel-making processes developed from 1856 onwards.

I was surprised to learn just how productive the primitive methods of iron production used by the Romans were: in 1960 no less than seven tons of buried iron nails were discovered at what was once Inchuthill Fort – given that the fort was established in 84AD and abandoned three years later, that’s a lot of old iron.

I learned that iron and steel making in Cleveland was not just about Bolckow and Vaughan: there were a lot of other manufacturers spread across the area.

But there were three things that really came as a surprise to me.

Firstly, it was a bit of a surprise, given how much we hear about Middlesbrough and Redcar being the centre of iron and steel making in the nineteenth and twentieth century, that the first meeting of the Cleveland Institution of Engineers did not take place in Middlesbrough. It took place at Mr Thomas Whitwell’s house on Church Row, Stockton on Tees. But then again, that was not so surprising given that Middlesbrough was, in 1864, still an infant Hercules. Of the seven founding members at that inaugural meeting, two were from Middlesbrough, one was from South Bank, one from the Skerne Ironworks in Darlington and three, including Whitwell, were from Stockton, albeit that Whitwell’s works were the Thornaby Iron Works.

Secondly, it was fascinating to appreciate just how significant a Quaker upbringing was for those who led the development of iron and steelmaking. Many of the early industrialists in Cleveland were Quakers and had experienced Quaker education, then become apprentices, often in drawing offices, allowing them to become heads of department by the age of twenty, and thereafter managers and owners of their companies.

Finally, and most significantly for me, I realised that the Cleveland Ironmasters were young men.

I always had a picture in my head, probably gleaned from those paintings of Bolclow and Vaughan that hang in Middlesbrough Town Hall, that they were mature men.

But of course, when they were pursuing their dreams and building up their businesses they were not old men. They were young.

John ‘Iron Mad’ Wilkinson was just 29 when he set up his first blast furnace in Shropshire in 1757.

When Henry Bolckow and John Vaughan got together to manufacture iron in Middlesbrough, one was 41 and the other just 34. Neither was yet fifty years old when they set up the Witton Iron Works in 1846.

Lowthian Bell was not yet 40 by the time he had established three blast furnaces at Port Clarence, each with a capacity of just over 6000 cubic feet, making them the largest in Britain at the time.

The host of the first meeting of the Cleveland Institution of Engineers, Whitwell, was 25 years old when he hosted that meeting in 1864. The Chairman of the meeting, David Joy, was 39 years old, but had designed the ‘Jenny Lind’, the first mass-produced steam locomotive in the world, when he was just 22 years old. Only one of the other five men attending the meeting had seen their thirtieth birthday.

And it was the same for those who followed them. John Gjers was born in Sweden in 1830. At 21 he attended the Great Exhibition in London. At 25 he was the Manager of the Ormesby Iron Works. At 32 he was managing the Hopkins. Gilkes Works and by the age of 40 he had founded his own company and built the Ayresome Works.

As I say, you learn fascinating and unexpected things at lectures, particularly those held by the Cleveland and Teesside Local History Society.