Timing is everything. The same weekend as the Society hosted a lecture entitled ‘The search for Cook’s Cottage’, considerable interest in the subject of houses possibly lived in by Captain James Cook, arguably the greatest explorer that ever lived, was sparked by two events elsewhere.

Firstly, as the Evening Gazette reported, a tourist attraction in Australia was made an honorary member of ‘Welcome to Yorkshire’.

And on the evening of the day when the lecture took place, Channel 4 showed an episode of ‘Hidden Villages’ with Penelope Keith in which she visited Great Ayton and was seen with some volunteer archaeologists in a wood on the outskirts of the village.

The latter event was more relevant to the talk at the Dorman Museum, part of a double bill of talks attended by about 75 people. 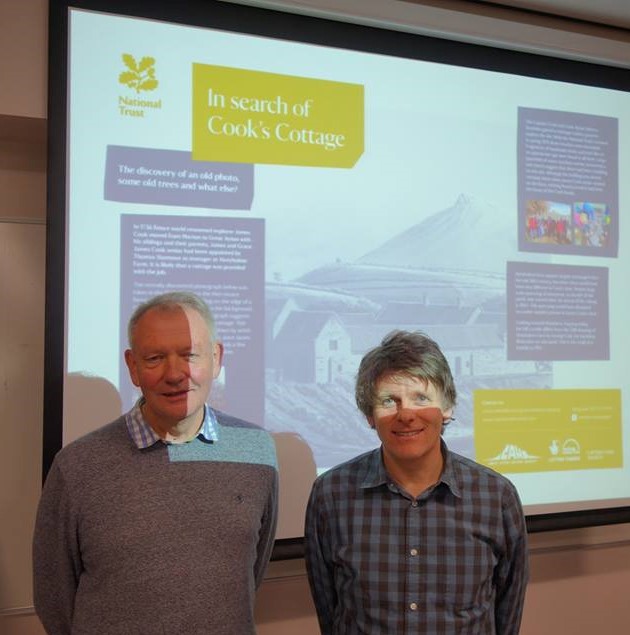 We welcomed John Rowlands of Great Ayton Local History Society and Kev Cale Community Archaeologist, who gave a fascinating talk about their efforts to establish the possible location of the cottage where James Cook was brought up.

Let’s be clear – this is not the building that now stands in Fitzroy Gardens, Melbourne, and which was the building featured in the Evening Gazette article. 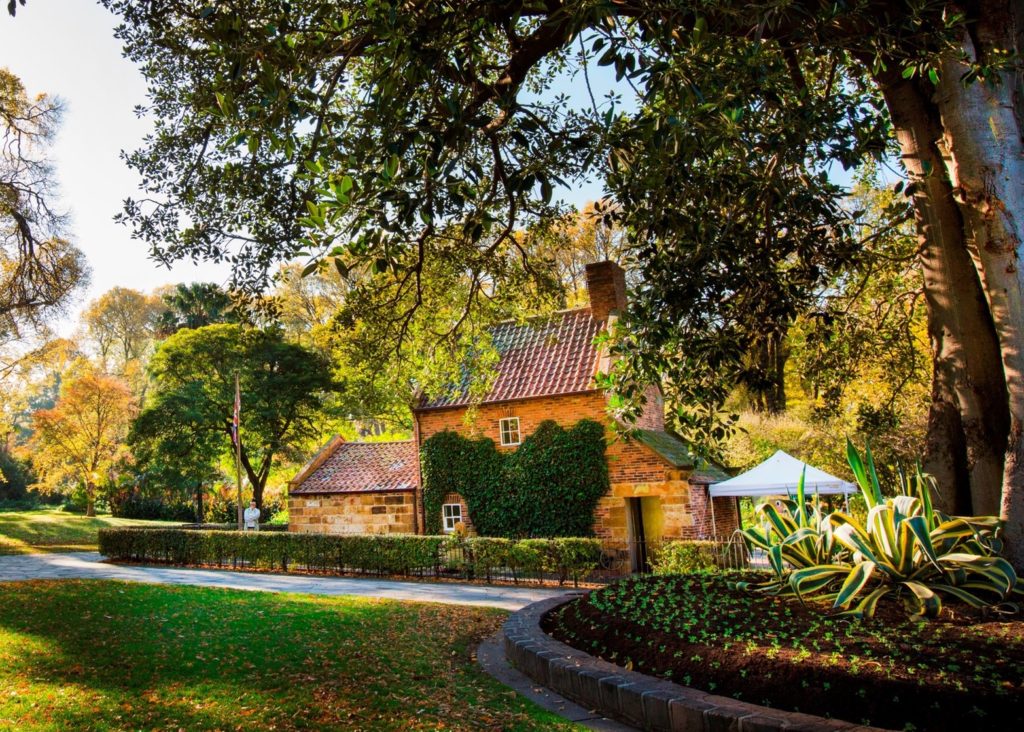 The building in Fitzroy Gardens was originally a cottage built by James Cook’s father, possibly as a retirement home, on a plot fronting what was then Goat Lane and is now Easby Lane, in 1755, some years after James had embarked on his voyages around the world. That building underwent some considerable alterations, particularly in the nineteenth century. In 1933, the then owner of the cottage, Mrs. Dixon put the cottage up for sale and it was suggested that it would make an ideal focus piece for Victoria’s centenary in 1934. A Melbourne businessman Russell Grimwade agreed to buy the cottage and present it as a gift to the people of Victoria. The cottage was purchased, dismantled, and shipped to Melbourne in 253 packing cases on the ‘Port Dunedin’, arriving in April, 1934. The Australian assemblers had the task of restoring the cottage as accurately as research and guess work would permit to how it might have looked in the eighteenth century. Ever sincde it has been a popular tourist attraction – and possibly ‘the oldest building in Australia’! 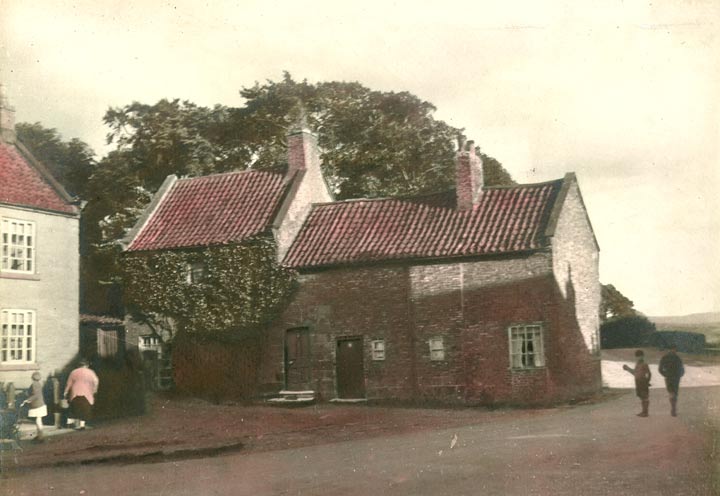 Importantly, however, there is no evidence that James Cook ever lived in the property, although it is possible that he might have visited his parents there on a break from his voyages.

The cottage where James Cook was born on 27 October 1728 also no longer exists. That was located in Marton, in what is now Stewart Park.

However from 1736 to 1744 the Cook family, including young James Cook, lived on a farm property on the outskirts of Great Ayton. And it is this property that is the focus of the efforts of the Great Ayton Local History Society, efforts featured in the Channel 4 programme ‘Hidden Villages’.

James Cook’s parents moved to Great Ayton in 1736 – his father was employed as farm manager at Aireyholme Farm and James attended school in Great Ayton for about four years. The location of the family residence during this period was unknown.

However inspiration to find the dwelling came in the form of a photograph taken in the 1930s of a gentleman called William Martin stood on a vegetable patch, some distance from the main farm buildings. On the back of the photograph was a reference to it being the site of Captain Cook’s cottage.

Intrigued and inspired by this, the Great Ayton Local History Society, guided by a community archaeologist, secured Heritage Lottery Funding and support from various parties including the Captain Cook Society, the National Trust and the owner of Aireyholme Farm to carry out research and archaeological explorations to see if there was indeed evidence of the cottage once lived in by the young James Cook.

The talk took us through the highs and lows of their efforts.

Geophysical surveys were inconclusive – due to the area being heavily wooded and full of rabbit holes, as well as the effects of whinstone on the electro-magnetic readings

However persistence and inspiration, as they did for Captain Cook, paid off.

The Great Ayton Group made the decision to dig a third trench.

During the talk we were able to handle fragments of tiles and bricks found during the exploration – we were handling physical evidence of an eighteenth century building long hidden under grassy mounds and the roots of trees.

However even all this might have only provided evidence of a farm building such as a pig sty.

What changed everything was two significant discoveries.

Firstly they revealed a hearth stone in the corner of the building – such as used to support a cooking pot, and then a fragment of a bone hair comb – things only found in domestic dwellings.

The excitement engendered by these discoveries was palpable even months later.

So what was the outcome of the research and exploration?

Well, the conclusion was that they had found an eighteenth century domestic dwelling, which although not conclusively the home of James Cook, could reasonably be argued, when considered alongside other evidence, as being the place where James Cook lived between the ages of eight and sixteen.

Although once again hidden from view below the earth, the site can be visited and you can stand on the land where it is likely that James Cook ate and slept, and you can follow his route from home to school.

So whilst Australia may now have something loosely associated with James Cook that now says ‘Welcome to Yorkshire’, back in Yorkshire itself, beneath a field on the outskirts of Great Ayton, there is solid evidence of the dwelling where the young Yorkshireman James Cook was brought up.

That it has been found is due to the magnificent efforts of some local history society members.